Time for a report on the “big” swap we have had over at Sprite Stitch. This post is gonna be pretty image heavy!

I received my gifts a couple of weeks ago, from “msstitcher”. They are really awesome! 😀 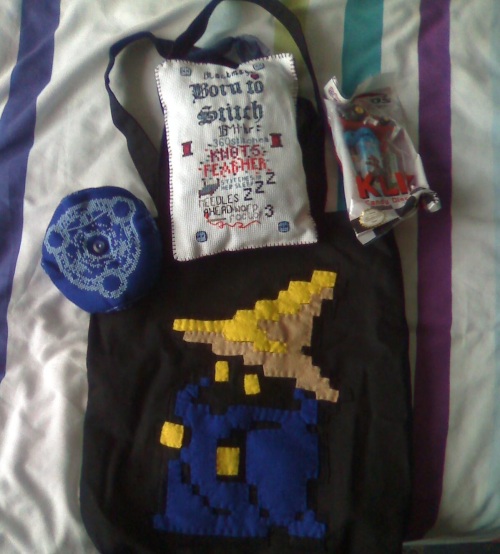 She made me a Black Mage bag, a Phantasy Star Online biscornu and a hanging ornament with a forum “joke” stitched on the front (about me and my warp-speed stitching – something I will have to share here on the blog sometime!). Here’s some more pictures! 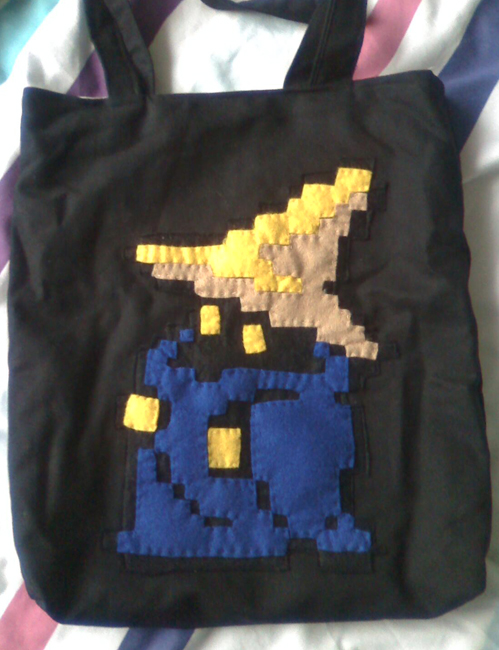 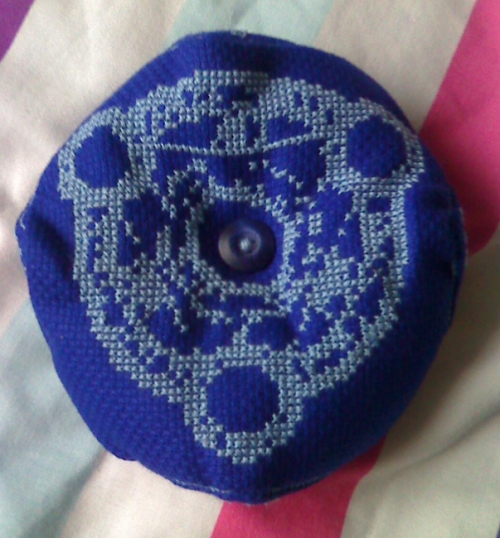 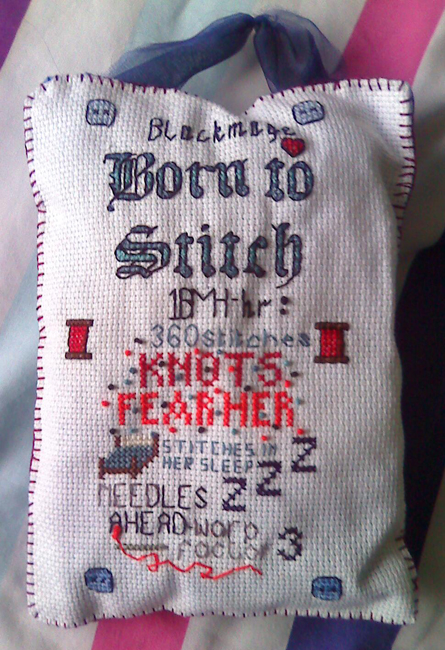 OK, on to what I’ve been dying to share with everyone for months…the gifts I made for “starrley”! Here’s the full set of stuff, first. 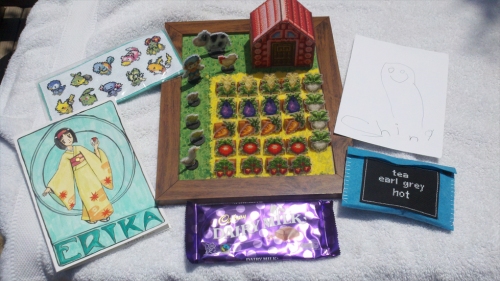 I made her a Harvest Moon farm set, a Pokemon stitching, a little pouch and a painted card. I also included some Earl Grey tea and Cadbury’s chocolate.
Time for more pictures! 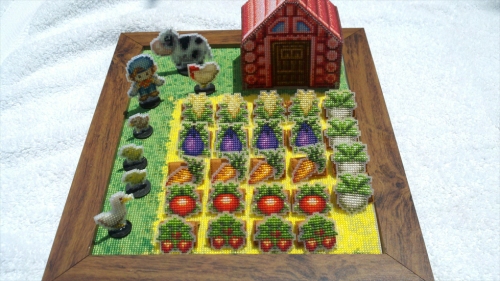 The Harvest Moon set. The base, the 24 crops, the house and all the figures are fully cross stitched. The figures are double sided and glued on to British coins (which I spray painted black to look like the shadows of the sprites). The crops sit on right angled (sort of) stands made of wool mix felt stitched on to plastic canvas squares. The house is actually a box that holds the crops and stands when not in use. And finally the base is one full plastic canvas sheet completely stitched with a semi-custom tileset (that bit was the hardest, I think!)
Here’s another angle: 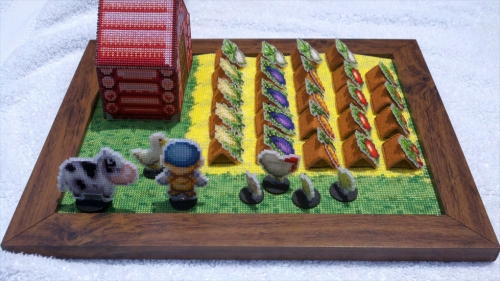 You can see the reverse sides of the farmer and animals, and also how the stands work 🙂
Whole project is 30,600 stitches and I don’t really know how many colours! 😀 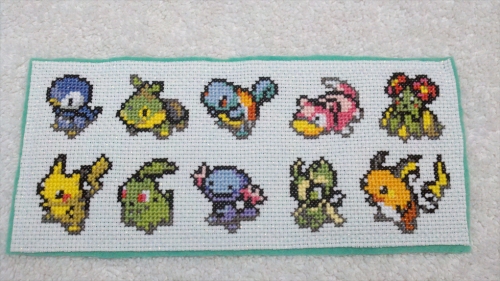 She made a list of her favourite Pokemon, but I couldn’t choose which one I wanted to stitch so I did all ten! They are on sparkly aida (it has lurex in the weave) and it’s stitched onto felt. Wasn’t quite sure what to do with it so left it at that, I’m sure starrley will do something with it! 😀 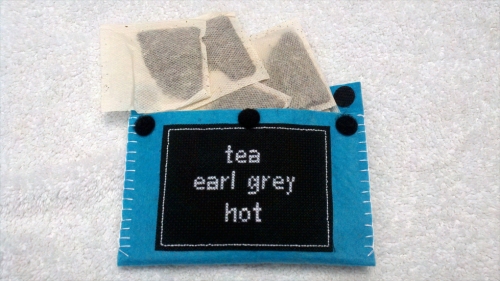 This was a last-minute thing I made (literally the night before posting). I got this idea in my head to do something Star Trek. I was watching TNG and Picard was getting his tea…I was going to send some anyway and so this tea pouch was born! I cross stitched the words on to some dark blue aida, stitched it on to some felt and did some blanket stitch up the sides. Then I stuffed it full of Twinings Earl Grey tea bags. Perfect for a TNG fan! 😀

And finally the card (plus some bonus artwork from Ivy).

On starrley’s deviantART profile it says that Alphonse Mucha is one of her favourite artists (one of mine too, as it happens) and she had said in her swap info that she liked Erika from Pokemon. So I drew this, based on a combination of her HeartGold / SoulSilver sprite and some artwork, chucked in a few Mucha-esque elements and painted it up. I probably could have done better, maybe if I hadn’t tried to go as fast as possible! And Ivy’s picture is a smiley starrley with her name written underneath (it’s supposed to say China, although she wobbled on the C)

And that was the swap for me! 😀

Next, moar stuff for the craft fair. Lots moar. Next week is IHSW July, so hopefully I will get lots done! And I need to, because I have…let’s call him a guest…staying with me for a few days next week, and it’d just be rude to be stitching all the time when…other things could be going on. If you get my meaning. 😉
ANYWAY…will definitely have some more stuff for you soon, and possibly BEFORE the IHSW! 😀